I entered this event with Christian Gauvin that had invited me to race in a mixed duo team.

I had done the Brazil Ride last year and the Quebec Singletrack Experience that ended in a broken finger so I said why not try another mountain bike stage race?!! This one was more my style: long climbs, gravel road sections and not too many technical single track like we see in the BC Bike Race or Singletrack 6. I was in.

The event is 550km long, starts in Panorama, BC and finishes in Fernie, BC. No transfers, no buses, no trains just us and our bikes to travel across the Rockies!

The day before the event we decided to go for a spin and a rafting adventure! Nothing crazy but just a nice way to enjoy the area before a hard week.

Day 1 and 2 : Top of the world..Almost! I Felt ok, maybe still some of CanadaMan in my legs but Christian was super strong and put me to the limit all day. Managed to cross the line behind the funny, classy Kiwis ahead of us in 2nd. 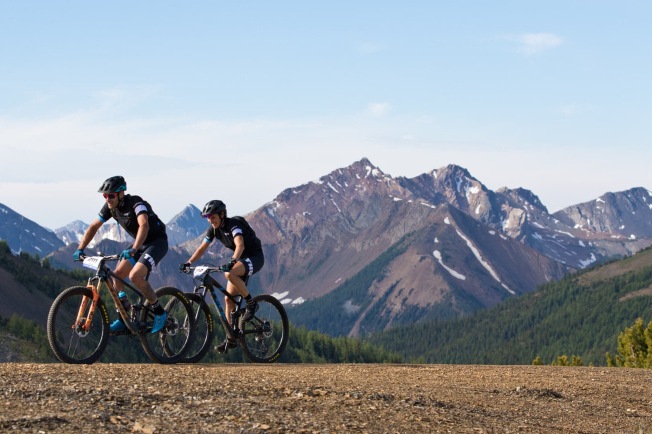 Day 3: 41km of single track: hmmm not sure, rained all night, roots everywhere, twisty and difficult trail…I suffered. I felt like I was a baby bear trying to follow his mommy in the mountains, no experience, just breathing hard and struggling all around. My legs were dead, I was scared to crash and feeling bad that I was actually so bad in this S*??&&&! Managed to finish 10min behind the Kiwis after picking up some speed on the second part of the course. Christian had a nice vacation day, trying to help me along the way. Oh and I might of sworn a couple times… 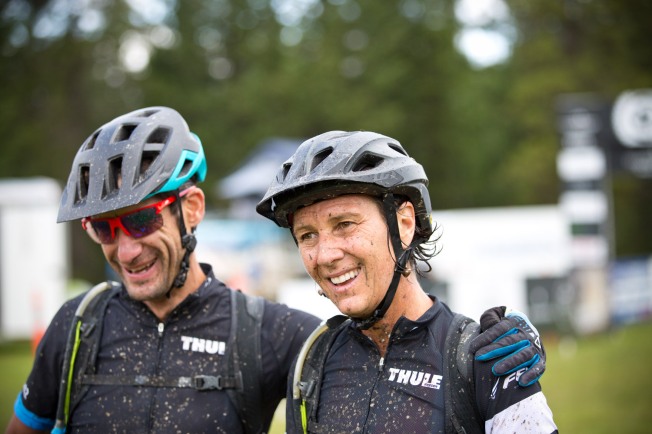 Day 4-5: Finding my legs…and they were really good! Unfortunately Christian’s legs had decided to take a break and didn’t turn for the show! That’s the challenge of racing on a team. I helped him all day in the wind on the gravel roads as best I could. Super windy 2 stages that made me realize that my road experience was a plus! 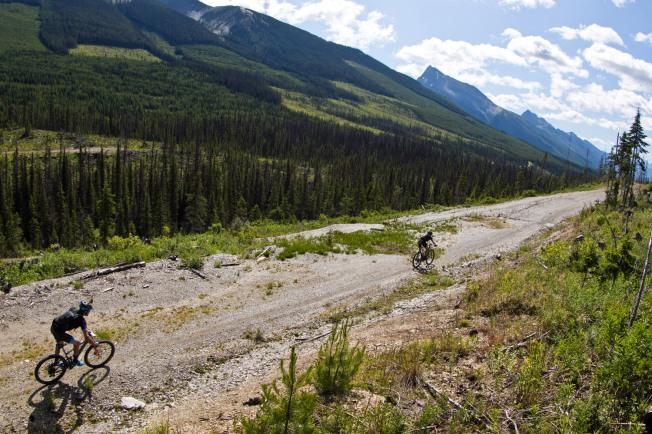 Day 6: Great day for us in the timed section part of the course only a couple minutes behind the consistently good Kiwis. After the 3h of racing the last part of the course wasn’t timed…just another 3 hrs of riding, pushing our bikes and going down challenging stuff that…well, I walked. Christian was making sure I wasn’t too far behind. For him, these sections were a treat! Came home with another 6h of riding time for the day.

I was excited for some salty chips. 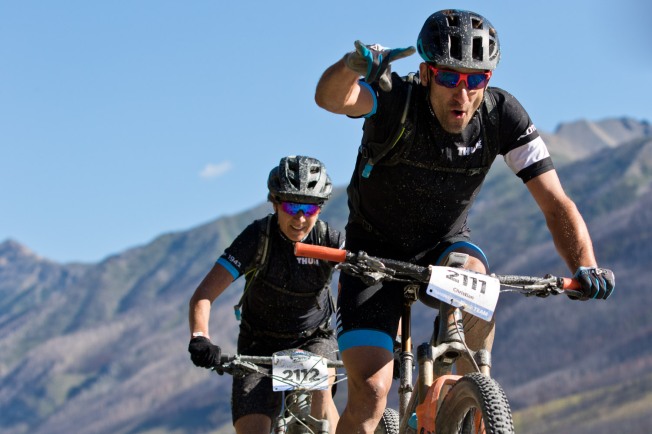 After the 6th day I got a hotel room. I was done with camping. #princess

Day 7: Woke up to a weird stomach, took the start anyway and maybe 20 min into the stage I crashed pretty hard on my head. Full head, landing I would call it. Didn’t see a big rock, handlebars went left and I went straight…onto the ground. People were so nice, a doctor stopped and stayed with me until medic came, a woman gave me her jacket, my partner Christian helped me, my friend Eric also stopped. I felt like I had a rock on my shoulders instead of my head. My right side was in pain. After moving a little we figured out I had nothing broken…but my head was hurting really badly. I wanted to keep going but even if I wanted that, I don’t think anyone would’ve let me do it. DNF it was.

Christian left with Eric after I was in good hands and flew through the course wondering all day if I was ok. Not only him but he told me everyone he passed along the way was asking about me. Unfortunately he didn’t know…

I made it to the finish with the medical crew that were “AMAZING”, they monitored me all day and did concussion tests to see how I was progressing. All turned out OK but I was told it was a small concussion and I started to immediately take care of myself.

I can’t thank enough everyone who helped me. It was a stupid crash, maybe I was too tired, maybe I shouldn’t have started, we will never know, but what I know is that people in a bike race like this are the most “beautiful”.

I guess DNF was not an option in the rules: When your partner crashed the last day and the other one finishes well you just get a 2h penalty! So with the penalty we still made it onto the podium for 2nd place.

Note to self: Road racing is hard, mountain bike racing is HARDER!

Time to go practice my swimming:)

Error: Twitter did not respond. Please wait a few minutes and refresh this page.